Our guest blog for this month welcomes Dr Antoine Martin – a scholar with the Chinese University of Hong Kong’s Faculty of Law. He focuses on trade and investment policy and rule-making at global, regional, and Asia levels. Dr Martin is also a founder of the Political Economy Circle – a discussion-focused think-tank which aims at increasing awareness on global issues within the business community. 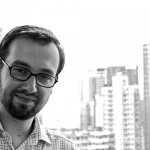 Headlines over the past few days have largely focused on US President-elect Donald Trump’s firm and unequivocal decision to move away from the Trans-Pacific Partnership (TPP) agreement immediately after he takes power in January 2017. There has however been much less noise about the 24th Asia-Pacific Economic Cooperation (APEC) Leaders’ Summit which took place in Lima, Peru, from 19 to 20 November. Yet, the outcome of the APEC discussions put Trump’s future trade policy and diplomacy thousands of miles away from what might represent, for years to come, the future of cross-border policy and rule-making.

APEC leaders met in Lima under the theme of ‘Quality Growth and Human Development’. It is not surprising then that the APEC Declaration first insists on the necessity to continue efforts towards education and the ‘full and productive employment for all population groups’, towards ensuring ‘decent work and work life quality for all’ or to ‘support[ing] the mainstreaming of gender equality and women’s empowerment across APEC’s work’. Of course, efforts on food security, climate change and access to water have also been acknowledged, later in the Declaration.

The Lima APEC Declaration placed a much larger emphasis on the necessity to keep pursuing liberalisation in relation to free international trade and cross-border investment facilitation. Simply put, the leaders emphasised their continuous commitment towards building a dynamic and competitive free trade and investment framework in the Asia-Pacific region. The leaders, in addition, reaffirmed their commitment to keep APEC markets open and to fight ‘against all forms of protectionism’. A subtle reference was also made to what the World Trade Organisation (WTO) Director General recently called “pragmatic multilateralism” earlier this year, i.e. the idea that trade in the future should be forged upon need-based agreements rather than on one-size-fits-all global agreements which, at the end of the day, fail to fulfil the needs of the international community.

A major aspect of the 24th APEC Declaration relates to the development of ‘real and functional connectivity in the region’ so as to foster ‘inclusive and interconnected development‘. Policy wise the APEC is, in other words, doing what others struggle with, i.e. furthering regional economic and policy integration to ‘bring APEC economies closer as a community’ and develop ‘a seamlessly and comprehensively connected and integrated Asia-Pacific by 2025’.

The mentioned trade and investment part of the Declaration in fact accentuated this regional connectivity policy goal by insisting on the necessity to pursue Beijing’s 2014 Roadmap for APEC’s Contribution to the realisation of the Free Trade Area of the Asia Pacific (FTAAP).

APEC policy-making: time to move on

Beyond these general political statements, APEC is clearly sending the message that it is willing to move forward and demarcates itself from the rest of the international community.

First, negotiations under the WTO are essentially in a holding pattern since the Doha Round was buried in Nairobi, Kenya, last December. Second, regional connectivity or integration attempts are currently being put on hold everywhere else around the world. The EU trade diplomacy was seriously hit over the summer when the majority of British people voted to leave the European Union after a tense ‘Br-exit’ campaign over the summer. The global ‘integration through freer trade’ model, furthermore, is being scrutinised with the increasing questioning of free trade mega- agreements. The CETA agreement between Canada and the EU has nearly halted a couple weeks ago because of Belgium and the EU is currently putting the TTIP negotiations with the US on hold because they mainly benefit the US. On the US side of things, in turn, Donald Trump has made it clear that getting the TPP out of the way would be his first priority because it benefits … China (which is not even part of it).

Thus, while little trade liberalisation efforts can be expected at the multilateral level, some progress might be achieved at the regional level should the Asia-Pacific leaders indeed put their commitments into practice in a close future. In other words, while the rest of the trade community is simply stagnating, the APEC region might one way or another become the future of trade and investment policy and rule-making.

Dealing with the elephant in the room

The APEC is also sending a very clear message to President-Elect Trump.

Whilst Trump continues to state that making America great again requires building walls between the US, Mexico, Asia and free trade in general, APEC leaders are making it limpid that protectionism is not part of the APEC vocabulary. Bluntly, the APEC will move forward, notwithstanding the elephant in the room, and with or without the US. Especially without the US, in fact.

As Trump readies to move TPP out of the way, APEC leaders have over the past few days expressed concerns and, importantly, their eagerness to move on. Chilean diplomats openly admitted that they would seek alternatives to the TPP, while New Zealand’s Prime Minister declared “even if the US doesn’t want to engage in free trade, President Trump needs to know other countries do”. The Declaration is once again paving the way to the FTAAP, a mega-agreement pushed by Beijing and to which the US is not part, even though it is founding member to it (prior the TPP). In fact, the APEC is now committed ‘to develop, and implement work programs towards the realisation of the FTAAP’ and invites its negotiators to ‘consider next steps that can be taken towards the eventual realisation of an FTAAP ‘.

From family business to business among friends?

So, the global trade and investment landscape might be changing in a rather unexpected way. Free-trade negotiations a year ago were a game of thrones between the US and China. The developments in international relations over the last few days, however, suggest that the future of free international trade policy-making and rule-making might take place in the Asia-Pacific region and without the US. On top of this, while the APEC official communication puts forward a harmonious ‘family picture’, in practice the idea of running the APEC as a family business community might shift to the idea of essentially doing business with friends.

Baffled by complex and ever-changing international trade laws and measures? Mistakes in these areas can be incredibly costly to governments and private enterprises alike.

Trade Pacts is here to help, with its network of nearly a hundred trade law specialists positioned across the globe, offering affordable advice you can trust. Follow us on Twitter or visit www.tradepacts.com for up-to-the-minute trade updates.

The WTO and FCTC dispute settlement systems: friends or foes? 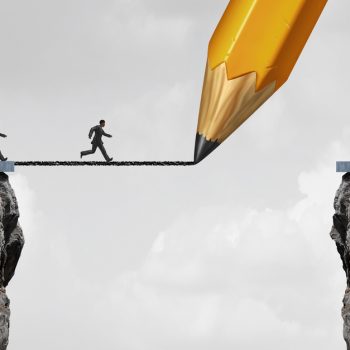 Brexit and trademark protection: what you should know