Dear Santa, can you bring back the Appellate Body?

Dear Santa, can you bring back the Appellate Body?

December 10, 2019 marks the end of certain era in the history of the World Trade Organization (WTO). On that day, the term of office of two members of the Appellate Body (i.e. Ujal Singh Bhatia and Thomas R. Graham) expired, leaving the highest judicial body of the organization with only one member (i.e. Hong Zhao from China). What does it mean and how have we got to this point?

The Appellate Body consists of seven members, who decide appeals from panel reports, sitting in three-person divisions. Their term of office is four years, with a possible one-time reappointment. They need to be persons of recognized authority in the field and are appointed in a way that guarantees a broad representation of membership in the WTO (although there is an informal practice of having one member from each the US, EU, and China). The re-appointment procedure starts with a consensual decision of the Dispute Settlement Body (DSB), being a special session of the General Council of the WTO that meets in order to deal with trade disputes between Members of the organization. It is this consensus rule that allows the US to block the initiation of the process.

The inability to form a division means that the Appeal Body can no longer consider any new appeals. The appealed disputes will end up now in a legal vacuum, the panel report will not become final, and no report of the Appeal Body will be issued. This also means that the party which wins the proceedings before the panel will be in fact deprived of the opportunity to enforce its rights arising from its WTO membership. In a historical sense, this is a return to the situation we had in GATT 1947 when each contracting party had an effective veto right.

How did we get here?

To understand the current situation, we need go back to mid-2017, when the term of office of Ricardo Ramirez-Hernandez (Mexico) expired. The United States blocked the start of the selection process, and since then used the same strategy for all subsequently vacated posts. The US motives are not entirely clear. Initially, the country seemed to be only concerned with some purported procedural irregularities in the WTO dispute settlement process (e.g. the practice that allows former members of the Appellate Body to complete appeals after the expiry of their term of office, without seeking prior approval from the DSB). Later, however, the US administration has also added a number of systemic issues relating to the overall functioning of the Appellate Body. Probably the most important item on this list relates to the alleged judicial activism of the world trade court. Although all those concerns are potentially important, arguably the real reason behind the American strategy is different. The Trump Administration has apparently aimed at freezing the system as a mechanism that could potentially restrict the US’s freedom in implementing its current unilateral trade policy.

The United States has also opted for a very aggressive trade policy. The main enemy seems to  be China, but the European Union, India, Mexico or Canada has suffered as well. The WTO and its rules constitute an obvious obstacle for the implementation of such a policy – trade sanctions can be imposed only after completing dispute settlement process and other Members may complain about the trade measures. President Trump seems to believe that an unilateral approach could be more effective in achieving his goals. The US, rather than subordinating its policies to international trade rules (which according to Trump were poorly negotiated), would rather rely on its economic and political strength.

Does this mean the end the WTO and will the Members follow the rules in absence of sanctions for breaking them?

Fortunately, news about the WTO’s death seems to be premature. Let us remember that the US actions do not block the possibility of deciding trade dispute by panels. So if the parties do not appeal panels’ reports, nothing will change. But why should anyone choose to limit its newly re-gained veto power?

Tactical consideration and reputational costs seem to be important here. The logic is very simple – ‘I’m losing today, but tomorrow I can win in another, equally important case. If I do not allow the panel report to become final, I must expect the same outcome in another dispute that may be favorable to me.’ GATT 1947 is a good example of how such mechanism works in practice. Despite the existence of the right of veto, countries used it very rarely (at least until the beginning of 1980s), being aware that an abuse in this sense would lead to a total dysfunction of the system. Reputational considerations are also important – no state wants to be seen as the destroyer of a current multilateral trading system.

To further reduce the risk of disintegration of the WTO dispute resolution system, other Members of the organization have also begun to introduce some alternative solutions. The European Union remains the leader, but China seems to be supportive as well. In particular, it started signing bilateral agreements that envisage arbitration as a substitute to the appellate level (with former Appeal Body members as arbitrators). Another option which is considered is a waiver of Members’ rights to appeal (again in the form of bilateral, or possibly plurilateral, agreements). Of course, these are all ad hoc solutions, but apparently everyone hopes for the different president after the next American election. It’s less than a year from now….

Remember to keep in touch! Follow us on Twitter for keeping up to date on international trade development. Subscribe to our posts at the bottom of this page!

Ground-breaking new book on the regulation of e-cigarettes released 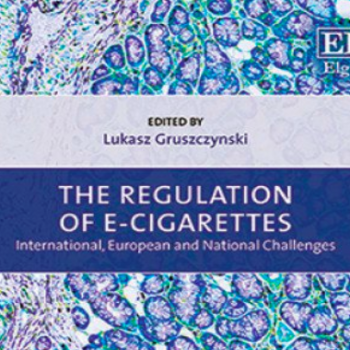 The end of the WTO dispute settlement system? 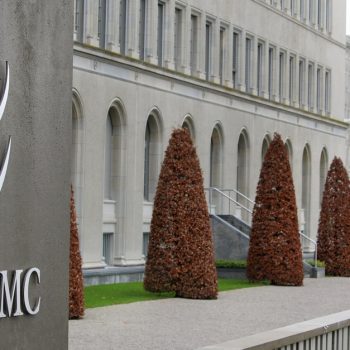