The June seminar – an important one for the export-dependent Latin-American (LatAm) nation – welcomed stakeholders to the vibrant capital city, Quito, to discuss logistical challenges that LatAm companies frequently encounter when trying to access international markets.

As well as identifying market challenges, the discussions went on to divulge a basket of viable solutions at the disposal of Ecuadorian exporters. Dr González-Rojas spoke of the role that the Trade Facilitation Agreement and other World Trade Organisation (WTO) provisions may play in the designing of an exporter’s business strategies.

Dr González-Rojas also shared encouraging case studies of LatAm businesses that are actively engaged in understanding these trade regulations, and are trying to incorporate them into their production and export practices. He believes this approach is likely to accelerate the market expansion drives of these exporters and reduce their costs considerably over the medium and long terms.

“Businesses often forgo legal advice to the point where they are immersed in a very complex situation which is then difficult to resolve,” he explained. “This could extend to having their produce blocked by customs authorities or having their goods placed in an unfavourable position due to the application of complex foreign regulations which are entirely unfamiliar to them.

“As I stressed to representatives attending the seminar in Quito, it is imperative that exporting companies constantly survey the relevant regulations of respective importing countries, and design their export strategies bearing in mind the benefits and prerogatives that trade provisions afford them,” concludes Dr González-Rojas.

For more updates on Dr González-Rojas’s presentations and those of other Trade Pacts team members around the world, visit www.tradepacts.com, follow us on twitter @tradepacts or connect with the team on LinkedIn. 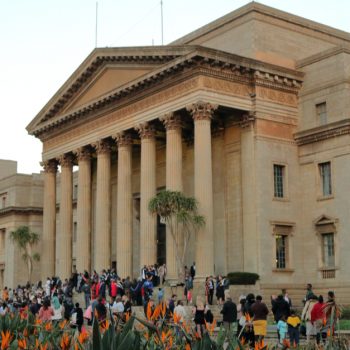