In Courts We Trust: The EU’s Proposed International Investment Court

Earlier this month, the EU released its finalised proposal for a new International Investment Court. The proposed Court is designed to replace the investor-state dispute resolution (ISDS) mechanism in the Transatlantic Trade and Investment Partnership (TTIP), currently being negotiated by the EU and the US, as well as serve as the new standard for dispute resolution in investment and trade agreements.

In introducing the proposed Court, EU Trade Commissioner Cecilia Malmström noted that there is a “fundamental and widespread lack of trust by the public in the fairness and impartiality” of ISDS, the predominant dispute resolution mechanism in trade and investment agreements. As a result, to restore trust in the investment protection system, she argued, an international investment court is needed, “one that is accountable, transparent and subject to democratic principles.”

Cases at the Tribunal of First Instance will be heard by a panel of three judges – one EU national, one US national and one national of a third country (who will also act as the Chair) – who will be randomly selected by the President of the Tribunal. Alternatively, the parties may agree to have the dispute judged by a sole judge who is a national of a third country. The rules of the court are governed by the ICSID Convention, the ICSID Convention (Additional Facility), UNCITRAL Rules, or other rules as agreed by the disputing parties. Tribunals are expected to issue a provisional award within 18 months of the date of submission of the claim or account for the delay.

Within 90 days of the issuance of the provisional award, a disputing party may appeal the award to the Appeal Tribunal. Composed of six members (two EU nationals, two US nationals and two nationals of a third country), the appellate judges, sitting in panels of three (one each of EU and US nationalities and one of a third country’s nationality) will consider whether the Tribunal has erred in the interpretation or application of the applicable law or whether it has manifestly erred in the appreciation of the facts, including the appreciation of relevant domestic law. Within 180 days of the date of appeal, the Appeal Tribunal must render its decision either rejecting or dismissing the appeal or modifying or reversing the legal findings and conclusions in the provisional award in whole or in part.

Judges of the International Investment Court are further expected to adhere to a code of conduct (found in Annex II of the TTIP’s proposed Investment Chapter). The judges’ independence must be “beyond doubt” and they are prohibited from being affiliated with a government or acting as counsel or as party-appointed expert or witness in any existing or new investment dispute in any forum.

The EU’s International Investment Court proposal also ensures the applicability of the UNCITRAL Transparency Rules, meaning that many of the documents of the court’s process will be publicly available. It also requires that third party funding of the dispute be disclosed to the Tribunal and to the other disputing party, including the name and address of the third party funder.

The EU’s proposal is, undoubtedly, closer to a radical reform of ISDS rather than subtle tweaks of the existing system. It clearly seeks to address some of the major shortcomings of the existing system. For one, it addresses the critics who have argued that ISDS compromises the independence of its arbitrators by allowing arbitrators to act as judge in one case and as counsel in another. The proposed court’s provision on ethics and the Code of Conduct prohibit this practice and the permanency of judicial appointments to the court also makes it less necessary. Second, it dismantles the ad-hoc nature of ISDS and simplifies jurisdictional and procedural problems. In doing so, it may allow for a better development of the jurisprudence constante of the substantive norms of international investment law and prevent the rendering of conflicting opinions on the same issues (or even the same issues arising out of the same set of facts à la Lauder and CME). Third, by introducing an appellate mechanism – with substantive powers (unlike the ICSID Annulment Committee) – it has provided a device for both correcting egregious decisions and for addressing controversial ones as well. In doing so, it allows criticism to be directed at the case, not at the overall system.

Nevertheless, the EU’s proposal has also caused fear that its changes have made the system more pro-state. In part, this may be because the proposed court no longer allows investors to appoint their own arbitrators, forcing them to choose state appointed judges, who could arguably be beholden to state interests. While it is true that investors will lose the ability to determine their own adjudicator under the new system, it does not necessarily mean that appointee judges will be partial to state interests. In appointing judges, states must be cognizant that both states and state nationals who are investors will appear before this judge. Thus, if a state chooses a judge who is overly sympathetic to state interests, the interests of their investors may suffer. For this reason, it is more likely that a state will appoint a judge with balanced views and one that will not automatically be biased against investors.

Read more about the proposal on the official document published by the EU.

The TPP and the Tobacco Trade Policy: Will Other Products Be Affected? 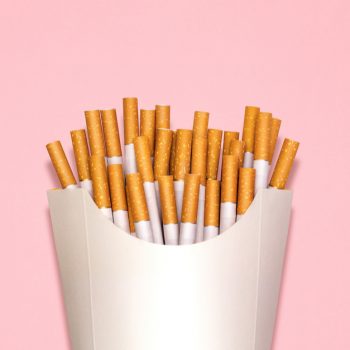 May the Enforcement Be With You: Insights from the US – Tuna II (21.5)