The Society of International Economic Law’s (SIEL) fifth global conference drew to a close on 9 July in the City of Gold, Johannesburg, with Trade Pacts adding its voice to the line-up of foremost international trade law experts.

The biennial meeting, held for the first time on African shores at the Witwatersrand University’s Oliver Schreiner School of Law and Mandela Institute, invites trade law professionals for three days to deliberate on and explore solutions to contemporary legal challenges.

Trade Pacts’ Marina Foltea and Lukasz Gruszczynski joined a panel chaired by SIEL founder Professor Meredith Kolsky Lewis to tackle pertinent issues at the crossroads of international trade and protection of public health. Although the panel focussed predominantly on tobacco control measures, the overall objective was to address the fundamental problem of regulatory space reserved for states under international trade rules.

During the course of the conference, Professor Gruszczynski noted “clear-cut areas of agreement between panellists” that could go a long way to reducing trade complications in future. “Participants established that there are most definitely areas of tension between international trade obligations and public health considerations,” he explains. “These tensions may, however, be overcome by applying various mechanisms that are available in public international law.”

Addressing the lesser-discussed problem of ‘likeness’ between regular cigarettes and novel tobacco products, such as e-cigarettes, was Dr Foltea’s presentation. Relying on traditional criteria developed in the GATT and WTO case law, the research concluded that, despite physical differences and inconsistent custom classifications, the competitive nature of the two products is such that it makes them like. Notably, despite their end-use being similar, the products are perceived by consumers as alternative means of performing the same function.

University of Warwick’s Markus Wagner discussed the problem of regulatory freedom under the Agreement on the Application Sanitary and Phytosanitary Measures (SPS Agreement). He argued that the Appellate Body has thus far been able to find a delicate balance between the legitimate concerns of governments aimed at matters such as health and environmental safety, and liberalisation of international trade. The final presentation, by City University London’s Enrico Bonadio examined the limits imposed by international intellectual property law on states when regulating brands used on packaging in the field of tobacco, alcohol and food.

Presentations were followed by engaging deliberations with the public, focussing both on those issues presented by speakers and general trade law questions posed to individual panellists.

“The SIEL panel turned out to be a huge success and was well received by the many attendees,” adds Professor Gruszczynski. “The conference also proved to be a timely one” – coinciding with the publication of the award by international investment tribunal in Philip Morris Brands Sàrl, et al. v. Oriental Republic of Uruguay (ICSID Case No. ARB/10/7). “Trade Pacts is proud to have had the opportunity of participating in and contributing to this excellent SIEL conference in Johannesburg. We look forward to the next”, concluded Professor Gruszczynski. 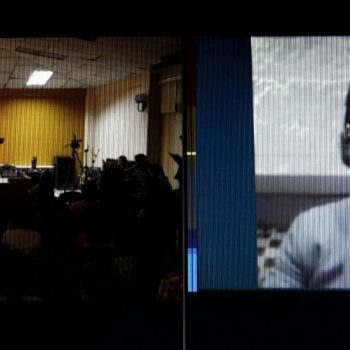