Is the ongoing trade war between the United States and China approaching its end? Both sides to this conflict have sent numerous signals indicating that they are ready to strike a deal. The negotiations between the two states are intensive and there is a good chance that the agreement will be concluded during meeting between Donald Trump and Xi Jinping, which has been preliminarily scheduled for the end of March.

China has always been perceived by Trump as a strategic threat to the American economic, political, and military hegemony. As far as the economic dimension is concerned, the US president has consistently criticized the American trade deficit in the bilateral trade between the two countries, the Chinese restrictions on foreign investments, and China’s poor protection of intellectual property rights (for additional details, see our previous posts here and here). In January 2018, the American administration decided to impose the first series of punitive tariffs on solar panels and large washing machines (technically speaking in the form of safeguard measures that were directed against all the countries, but particularly hit China), and then extended them to steel and aluminum (this time justifying them by national security considerations). The months that followed brought two waves of additional tariffs aimed directly at Chinese export – the first covered goods worth USD 50 billion, while USD 200 billion. Not surprisingly, China responded by imposing additional tariffs (in the form of rebalancing measures under the WTO Agreement on Safeguards), although at a lower level than most of the experts had expected. In December 2018, during the G20 meeting in Buenos Aires, the countries announced a temporary ceasefire and the negotiations started. Until their completion, Trump promised not to impose any new – actually already planned – restrictions.

What do the parties expect to achieve in the course of their negotiations? China has one goal in mind: it wants the US administration to withdraw most, if not all, of the tariffs that have been introduced over the last year. On the other hand, the United States expects to see a reduction of its trade deficit with China (which in the Trump’s opinion can be accomplished either by providing a better market access to American companies or by expanding purchases of American products by Chinese enterprises). It is also pushing for more systemic solutions concerning, inter alia, better protection of intellectual property rights of American companies investing and selling on the Chinese market, and elimination of the requirements on technology transfers. It is clear that both leaders have strong incentives to conclude an agreement that would allow them to end the trade war. For Donald Trump, who is increasingly facing low approval ratings, it would be a perfect opportunity to present himself as an effective negotiator (which is particularly important following the failure of the recent US-North Korea summit meeting). China, which is struggling with an economic slowdown (note that China’s 2018 GDP growth was the weakest in 28 years), is afraid that the American sanctions may deepen its economic problems.

It seems that the US is ready to withdraw most of its tariffs. At the same time, the White House apparently still needs to decide about the mode of the withdrawal. Some of Trump’s advisers believe that this should happen gradually, as China implements its obligations under the future agreement. Others suggest a quick (or even immediate) withdrawal of tariffs, proposing at the same time the establishment of some control mechanism that would allow the US to re-introduce the tariffs in the case of problems with the implementation of the agreement. For its part, China has offered to withdraw its countermeasures and to reduce tariffs on a number of goods that are particularly important for American companies (e.g. agricultural and chemical products or car parts). China is also committed to increasing purchases of American goods (e.g. liquefied natural gas), which could have some impact on the trade deficit between the parties (but note that despite various restrictions introduced by the current US administration, the trade deficit of the country in actually increased in 2018). At the same time, it is not clear whether this part of the deal will be compatible with obligations of the both countries under law of the World Trade Organization (WTO). On its face, such an arrangement seems to go against the most-favored-nation principle, which prohibits discrimination between different members of the organization, as it privileges American products over those coming from other countries. But a full assessment will be possible only when the content of the agreement becomes publicly available.

The commitments regarding systemic changes are more questionable. China has offered a better access to its market for foreign investors, but this decision was already taken some time ago as a part of its on-going economic reforms, so it is hard to see this as any particular concession. The US would also like to see a better mechanism for resolving bilateral trade disputes – however the solution that was reported in the press strikingly resembles the consultation mechanisms that existed under the previous administrations, which proved to be ineffective. Experts have also expressed their doubts as to whether China can actually be forced to respect its various new commitments. Although the US wants to reserve the right to impose unilateral sanctions in the absence of progress in the implementation of the obligations agreed upon, and preclude China from questioning such measures in the WTO, it is unclear whether China will actually agree to such a far-reaching limitation on its sovereignty. Of course, there is also the question of the legality of such arrangements, as well as their enforceability in the WTO dispute settlement context. For example, the Appellate Body report in Peru — Additional Duty on Imports of Certain Agricultural Products clearly indicated that any general clause in an extraneous agreement that would preclude a recourse to all other dispute settlement systems (including the WTO system) with respect to a whole category of disputes could not produce any legal consequences for a WTO panel.

However, the need for success from Trump’s side may make him sign on to an agreement that will essentially remain on paper.

Is the WTO plain packaging saga here to stay? 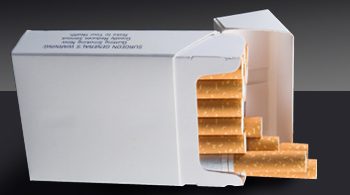