The India Solar Cells Dispute: What does it mean for India?

India’s hopes of becoming a dominant force in the solar energy sector may have been dashed by a recent ruling of the World Trade Organisation (WTO). Early in 2016, on 24 February, a panel constituted by the WTO ruled against India in a dispute raised by the United States of America over the South Asian country’s new solar power scheme.

The ruling, of the so called ‘India Solar Cells’ dispute, could have significant consequences for the developing nation of India, and its road to becoming a global leader in the solar energy industry. The dispute also adds significantly to the jurisprudence on trade and investment under both the TRIMS Agreement and the GATT 1994, within the framework of the WTO.

The build up to the dispute

Claims brought by the US in 2013 were triggered by certain domestic content requirements imposed under India’s Jawaharlal Nehru National Solar Mission (JNSM). These requirements for solar cells and solar modules were imposed on certain entities selling electricity to government agencies under the scheme.

One of the JNSM’s goals, as laid out by India’s Ministry of New and Renewable Energy, was to increase domestic production of critical raw materials, components, and products, and ultimately generate 100 000 megawatts (MW) of grid-connected solar power over the next six years. The US deemed the scheme inconsistent with India’s obligations under the WTO covered agreements – particularly the TRIMS Agreement and the GATT 1994.

The US claimed that, above all, the JNSM violated India’s obligations of treating domestic goods and imported goods equally. India claimed that it had maintained equality of treatment in its actions, but requested that the Panel to find that it could depart from the principle of national treatment because the scheme for governmental procurement purposes (not for resale) as permitted under GATT Article III:8 (a) . India claimed that even if the Panel found that it had violated its national treatment obligation, it could justify the violation under the general exceptions of the GATT Article XX.

The Panel’s Ruling under the TRIMS Agreement and the GATT

The panel had to determine whether the measure treated domestic products more favorably as compared to like imported products. India’s arguments to prove the absence of less favourable treatment were rejected by the panel. Although imported solar panels and cells dominate the market share for solar cells and modules in India, the JNSM still modifies the conditions of competition in the market to the detriment of imported products, by providing an advantage to producers who use domestically produced solar panels and cells. India was subsequently found to have acted inconsistently with its obligation of national treatment. The panel also did not agree with India on that the scheme was not implemented purely for governmental purposes hence, India was still liable for any derogation from WTO Agreements.

In its defense, India argued that the domestic content requirements were essential to the acquisition or distribution of products in short supply (GATT Article XX(j)); and that the solar cells and modules were products of short supply due to the country’s lack of domestic manufacturing capacity. India also stated that the measures were necessary to achieve compliance with laws and regulations within the meaning of GATT Article XX(d). However, on both counts, India’s arguments were rejected as they failed to meet the threshold required to invoke the general exceptions under the GATT. The panel held that India had failed also to ensure that the measure was consistent with the obligations enshrined under the chapeau of GATT Article XX.

Hence, the panel ruled against India in this contentious dispute.

What does this mean for India?

Following the panel’s decision, the Indian Commerce Ministry was quoted as saying India will soon appeal against the panel’s ruling before the Appellate Body, which it did on 20 April 2016. Several statements made by Indian officials regarding the dispute make it clear that the ruling could negatively affect India’s efforts to become a leader in the solar energy sector.

The WTO ruling has been criticised by several environmental activists in India, saying it undermines the country’s goals of creating a sector that relies on cleaner forms of energy. However, this criticism is largely unfounded. If cleaner energy was the genuine target of the JNSM then solar power producers should be free to choose energy-generation equipment on the basis of price and quality, for example, irrespective of whether the products are manufactured locally or not.

It is telling that India itself did not invoke either Article XX(b) or (g) as a defense during the dispute. Countries routinely invoke these provisions when the measures are imposed on environmental grounds. In the absence of this, the local content requirement forms the contentious basis of the JNSM.

The local content requirement of the JNSM is crucial for India, particularly in the backdrop of Prime Minister Narendra Modi’s “Make in India” initiative which aims at attracting foreign investment and turning India into a manufacturing hub. The political climate within the country has influenced the nature of economic decisions made by its newly elected government and its need to see results in the energy sector that would benefit the government with the Indian electorate. However, it is important for the government to resist adopting protectionist measures such as domestic content requirements that are inconsistent with India’s obligations towards the WTO. This is for two reasons: First, India is itself is a beneficiary of the WTO system. The country has faced tangible problems at the receiving end of protectionist policies from other nations. Second, these protectionist policies only arguably show gains in the short term and are not sustainable policies for the long run. The government, if keen to safeguard India’s economic growth in the energy sector, should focus on increasing the quality of solar panels and cells that are domestically produced instead of adopting politically tempting protectionist policies. The government can, therefore, reform the sector by introducing transparent laws, effective dispute resolution mechanisms and ensuring long term, effective compliance with its international obligations.

The WTO panel’s ruling is no doubt an important warning for the Indian government – that it must adapt its policy decisions in the future to ensure consistency with India’s need to bolster internal trade.

Ms Ira Chadha-Sridhar and present her take on WTO India Solar Cells dispute. Ira is a third year student at the West Bengal National University of Juridical Sciences in Kolkata – a premier national law university in India. She was part of the winning team of the World Rounds of the ELSA Moot Court Competition held in the World Trade Organisation (WTO), Geneva. Ira is also happy to announce that she will be pursuing the summer school degree at the World Trade Institute (WTI), Berne in the July of 2016 which she is looking forward to attend.

From manufacturing to services: perfecting the mix 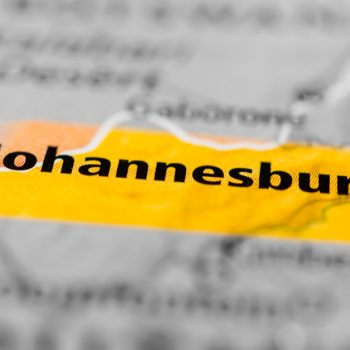