Taiwan’s e-cigarette industry could soon be in tatters following the East Asia country’s notification* of its Draft Amendments to the Tobacco Hazards Prevention and Control Act, essentially banning these products.

The proposed amendments, notified in February to the World Trade Organisation (WTO) Committee on Technical Barriers to Trade (TBT), are purportedly intended to protect and promote public health, as well as comply with international norms for stricter control over tobacco products. The project prohibits the manufacture, import, sale and display of e-cigarettes as consumer products. The only exception is an approval of the e-cigarette as a smoking cessation tool under the Pharmaceutical Affairs Act. However, no product in this category has such a permit.

Article 2 of the proposed amendments states that e-cigarettes fall into the scope of application of the tobacco legislation and refers to them as “electronic nebulizer, tobacco liquid devices, heating devices, which release aerosol to be consumed… in methods akin to the smoking of cigarette(s), that contains nicotine, formaldehyde, acetaldehyde, or any other harmful substances”…

Taiwan’s amendments impose burdensome requirements linked to the registration of e-cigarette as pharma products, while not subjecting conventional cigarettes to the same requirement. We have argued elsewhere that, if in WTO terms, e-cigarettes are “like” cigarettes, a ban on e-cigarettes may raise certain issues under WTO law as the measure will be discriminatory.

The concept of discrimination constitutes a major tenant of the WTO. Essentially, Article I and III of the GATT require that imported products are treated no less favourably than ‘like’ products originating from another WTO member or those of national origin. These tenants were rigorously enforced in the WTO through the decisions issued during various WTO disputes.

The “likeness” exercise is quite common at the WTO and has been used by the judiciary to understand if a product is discriminated against another one, which is illegal in the absence of acceptable justifications. For example, this exercise may entail determining whether a sports utility vehicle (SUV) is ‘like’ a family car; orange juice is ‘like’ tomato juice; a laptop is ‘like’ a table computer, or whisky is ‘like’ brandy, and so on. A few elements will be taken into account at the WTO when making this judgment like their physical properties, end-uses, consumer’s preferences, tariff classification, etc.

In relation to e-cigarettes, a number of statistical surveys show a high degree of substitutability and alternative use between conventional cigarettes and e-cigarettes. E-cigarettes are increasingly seen as an option for people who do not want to quit smoking, offering a purportedly safer substitute to cigarettes they would otherwise smoke.

This is also judged based on whether the two products are classified under the same customs tariff classification lines. Some categories of vapour products like heated tobacco are in fact classifiable under the same Chapter as cigarettes. These are only some elements which speak in favour of ‘likeness’.

This is not to say however that these products reveal equal characteristics (and this is not actually required by this test) nor that they should be regulated alike. The underlying principle in finding ‘likeness’ at WTO is to basically determine if the two products are (or may be) in a competitive relationship in a specific market.

Soft options via the WTO

The WTO dispute settlement is the most frequently cited mechanism for solving trade issues between governments. More overlooked are the available softer options to discuss the trade concerns in this organisation. Two options can be cited here: i) the opportunity to comment on the WTO notification of the relevant measures by the regulating government and ii) the discussion of the measures in the WTO Committees.

WTO Members should notify to the WTO of the upcoming trade-restrictive legislation. All other WTO Members and interested parties, including the private sector, have the opportunity to express their concerns in relation to the notified draft. In the case of Taiwan’s measure above, comments and concerns regarding the legislation can be provided until 15 April 2017 to the relevant authority.

WTO Members whose industries are negatively affected by the proposed Taiwan legislation may also raise this specific trade concern at the TBT Committee meetings (29 to 30 March and 14 to 15 June 2017).

Certainly, both of the above options can be carried out by governments only and, in order to activate this system, the private sector would have to actively engage with their relevant governments.

How can Trade Pacts help?

This post has been prepared with the support of our expert Anna Markitanova and is based on our wider interest in the applicability of WTO law to overly restrictive trade regulations. 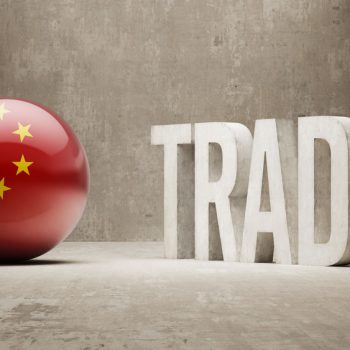