Regional Head of Trade Pacts in Latin America Dr. Fernando González-Rojas took time off from his regular trade and investment law lectures in the US to judge at the 57th Philip C. Jessup Competition.

Organised by the International Law Students Association and held in Washington DC, the event is the largest international law moot court competition in the world, this year attracting a record 550 law schools from more than 80 countries.

Dr González-Rojas, a former participant and semi-finalist in the tournament, joined to both judge and share with participants his vast experience as a WTO lawyer working in a real international dispute settlement mechanism.

Students at the 2016 tournament had to solve significant hypothetical cases; areas of international regulations, including norms related to State involvement in cyber attacks, and the legality of detaining people suspected of international terrorism. Also discussed by the Jessup competitors during this year’s competition was the admissibility of evidence in an international dispute.

“This issue is of tremendous importance, not only during litigations before the International Court of Justice but also in terms of WTO disputes or international investment arbitrations, where certain evidentiary rules have not been completely clarified,” says Dr. González-Rojas.

Defining the customary rules and principles of evidence in international disputes notes Dr. González-Rojas, has been a challenge not only for this year’s Jessup competitors but also for panels and the Appellate Body in real international dispute settlement proceedings.

“The advocacy skills shown by many Jessup competitors this year were outstanding,” explains Dr. González-Rojas.

“Their oral pleading performances were not far from those displayed by practicing lawyers in real international disputes. This seems to be a clear indication that many of those participants will soon join the ranks of international law practitioners.”

The 58th round of the competition will take place in April of 2017, again in Washington DC. Interested parties can register by clicking here.

When spirits are low: EU-Colombian dispute, the latest over alcohol 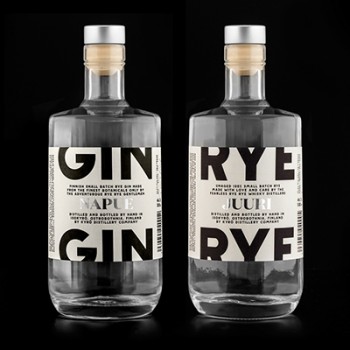 From manufacturing to services: perfecting the mix