Five Points You Should Know on EU-China Investment Agreement

The VIDEO of Bryan’s presentation on this topic is available here.

On 30 December 2020, the European Union (EU) and China ‘in principle’ concluded negotiations on a Comprehensive Agreement on Investment (CAI) . The European Commission published the text of the CAI on 22 January 2021. The agreement has been welcomed by the business community but criticised by civil society and the United States (US). This brief article does not attempt to analyse the entirety of the agreement but instead makes five points.

1. The CAI is a unique agreement (that creates unique challenges)

The CAI is not a traditional trade or investment agreement; rather, it is a sui generis agreement which contains elements of trade in services and investment. The CAI lacks the coverage and depth of a free trade agreement (FTA) – for instance, it does not comprehensively cover trade in goods, procurement, technical standards, trade remedies or intellectual property rights – nor does it contain substantive investment protections (such as expropriation or fair and equitable treatment) or investor-state dispute settlement (ISDS) mechanisms typically included in Bilateral Investment Treaties (BITs).

These omissions sit at odds with the EU negotiating objectives  which included an investment protection agreement designed  to replace the BITs all the EU Member States (less Ireland) have with China, which will now remain in place.

It is thus fair to say that this agreement was not what Brussels or Beijing envisaged when negotiations commenced seven years (and 35 negotiating rounds) ago. Rather, the course changed in 2020 and the CAI emerged.

The challenge for the European Commission is now whether it can convince the EU Parliament to quickly ratify the CAI. Long delays and having to request textual changes in order to receive parliamentary approval will be embarrassing. Moreover, China is not Canada, Singapore or Vietnam, and will not take action or take kindly to its name being dragged through mud during the ratification process. The EU must proceed with caution.

2. The agreement will not dramatically change the landscape for European investors and service providers

The CAI will not transform China into an open investment regime nor will it provide new market access opportunities for most European businesses.

In negotiating the agreement, Brussels sought to achieve a better balance in the EU-China investment relationship. China’s market access commitments will eliminate or reduce certain quantitative restrictions, foreign equity caps and joint venture-related requirements in several niche but key areas of manufacturing. In addition, China made services commitments (the annexes have not yet been published) and limited commitments in agriculture, fisheries, mining, and energy. Of note is that the services commitments have been made on an MFN basis, therefore all trading partners will benefit.

Europe can claim success in extracting concessions from China. However, many ‘key’ commitments either codify existing market access or repeat commitments made elsewhere. For instance, China has piloted the removal of joint venture requirements in private hospitals in major Chinese cities since 2014, allowed 50% foreign ownership in cloud services since 2019 and began liberalising investments without joint ventures for electric and hybrid vehicles in 2018. This is not to say the CAI is without value; on the contrary, the value lies in that it will lock-in liberalisation.

Another negotiating objective was fairer treatment for EU investors. Here too Europe can claim some success with commitments on state owned enterprises (SOEs), transparency for subsidies in services, forced technology transfers, standard setting and licensing. Most of these go beyond existing WTO commitments and are similar to concessions received by the US in the Phase I Trade Deal . These provisions will not make headlines, but they are valuable to European interests.

3. Sustainable development provisions will not change the landscape in China, nor should they be expected to do so

The most controversial aspect of the CAI are the provisions on sustainable development – value-based investing, corporate social responsibility, labour and climate change/environment.

While the European Commission has hailed these provisions as ground-breaking, China has for the most part agreed to implement and abide by its existing commitments. For instance, provisions on climate change and labour merely restate Paris Agreement and to the International Labour Organization (ILO) obligations. Moreover, the provisions are for all intents and purposes unenforceable.

Civil society is disappointed with this outcome, yet a services/investment agreement cannot be expected to comprehensively deal with labour or climate change. In fact, it is naïve to expect any trade/investment agreement to solve all the world’s problems or provide enforcement to topic specific agreements lacking teeth. In some respects, the EU has opened itself up to criticism by overselling its commitment to sustainable development principles when the provisions will not force China to do anything.

The reality is that these provisions are better than nothing, and the sustainable development provisions will not encourage or discourage companies from continuing to do business in China.

4. China benefits from the CAI in subtle ways

Chinese companies will receive little direct and tangible benefit as Europe is already a relatively open and transparent place to do business. In this age of protectionism, however, the CAI provides legal certainty that the EU will not roll back existing levels of market access and standards of treatment.

The CAI is also strategically valuable in enhancing China’s determination to be seen as making important contributions to liberalization and economic development and as a leader in global governance as it seeks to expand the Belt & Road Initiative . Moreover, the CAI demonstrates Beijing’s ability to reach an agreement with a major trading bloc amidst an increasingly hostile environment.

5. Cooperation or confrontation with the US?

The US considers that in concluding the CAI the EU has ceded leverage to deal with China on a united front and is unhappy the EU concluded the agreement. But on what grounds can the US object given that they unilaterally launched a trade war against China without conferring with allies and, upon realising that their objectives were not being met, negotiated a (managed) trade deal in January 2020.

The CAI need not divide the US and EU, with both sharing common ground in objecting to China’s state-led development model. Similarly to the US, the EU has chosen to target some of these structural issues with a unilateral economic agreement. This can be used as a stepping-stone to further cooperative attempts to target perceived Chinese unfair practices. The fear, however, is that having received some concessions the EU will cease advocating for change in other settings. This would be regrettable, and ultimately harm European interests.

The CAI should be viewed as a success as it will provide greater certainty for European (and other) firms seeking to invest and operate in China. The benefits will be multiplied if the CAI serves as a springboard for greater cooperation with other trading partners to pressure China to structurally adjust and further improve investment opportunities. Promising massive gains oversells the CAI  while criticizing the agreement for not forcing China to strengthen its labour and environmental laws misunderstands the nature of a services/investment agreement.

Bryan Mercurio is Simon F.S. Li Professor of Law at the Chinese University of Hong Kong and Trade Pacts expert. The views expressed here are the author’s. The original publisher was Institute of International Trade, The University of Adelaide. 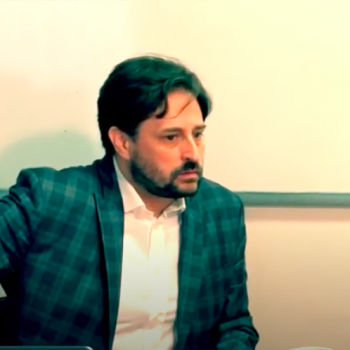