Trump, China, and a Tale of Aluminum and Steel Tariffs

The complex relationship between President Trump and Beijing has again taken center stage with the announcement that the United States will take measures to increase the price of steel and aluminum imports from China to the United States. Sino-U.S. trade made headlines in late 2016 when President Trump lambasted China for violating the global trade rules. At the same time, President Trump announced that the U.S. would withdraw from the Trans-Pacific Partnership (TPP) trade agreement because it was a ‘disaster’ for the U.S. and would certainly not ‘Make America Great Again’.

At the time, U.S. withdrawal from the TPP the policy seemed likely to have the ironic effect of bringing Chinese leadership forward. As it turns out, recent developments appear to confirm this prediction. Except now, China is selling itself as the country that plays by global trade rules and the U.S. as the flagrant rule violator.

The trade relationship between Washington and Beijing has long been peculiar.

On the one hand, China is the biggest exporter of industrial products in the world, and sends billions of dollars’ worth of products to the U.S. every year. In this way, Sino-U.S. relations are strong and consistent.

On the other hand, the politics of trade are conflictual. China is the object of a significant name and shame polemic, with the U.S. and Europe acting in accord to denounce the incapacity of China to act as a market economy, free of government interference. Both the U.S. and EU are frequent critics of China’s subsidies and other market distorting measures aimed at the steel and aluminum sector. Beijing always denies the accusations, and subtly hints that the so-called market economies are only using China as a scapegoat to leverage their own market protection measures. The game would often repeat.

Since the election of Donald Trump, things have changed. The rhetoric has increased, and become fierier in nature. China became not a trading partner but a cheater who abuses and ignores well defined rules. President Trump was going to ensure that America was no longer cheated.

Of course in reality the U.S. withdrawal from the TPP was the equivalent of shooting oneself in the foot. The TPP excluded China, and was part of a larger plan under the Obama administration to “pivot” to Asia in trade, security and other areas. It would isolate China by showing its leadership and building trust with its Asian partners. By withdrawing from TPP, President Trump surrendered not only U.S. leadership on trade – severely harming Washington’s ability to influence and craft trade rules in the short to medium term – but also its position as a reliable ally in Asia.

The moves have also reinforced the ‘Make China Great Again signal’ to the world. Beijing has used the instability of the U.S. to reinforce its geo-political positions and win friends in the region. Whilst President Trump put free trade on fire, Chinese President Xi Jinping called for more collaboration and further liberalization of trade, thus placing himself in the position of a raising trade (and world) leader. Ironically, it is now the Chinese that keep commenting on – and openly regretting – Washington’s unilateralism and protectionist stands.

The results of the U.S. shift away from Asia and towards protectionism have been disastrous. Even by December 2016, Washington’s new trade policy stated that “China [would] now monopolize constructive attention” – and the U.S. will be hard-pressed to counter China’s increasing influence through the Belt and Road Initiative over trade and investment in Asia. Of course, China’s growth was a direct result of Trump’s renunciation of the TPP. Trade continued without the U.S., and America’s trade partners continued trade liberalization without the need for U.S. leadership.

The current developments have shifted the picture even further recently with the U.S. apparently intent on starting a trade war with China – or at least threatening one to force China to the negotiating table.

On the U.S. side of things, the President Trump’s administration launched tariff procedures under the so-called Section 232 disposition which allows the U.S. Trade Representative and the President to take protective trade measures on national security grounds. As a result, Presidential proclamations 9704 and 9705  called for tariff increases of 25 percent on steel and aluminum imports into the United States – with the US offering Canada, Mexico, Australia, Argentina and a host of other countries exemptions. Second, shortly thereafter, the U.S. concluded an investigation under Section 301 of the U.S. Trade Act and found China’s policies and law relating to technology transfer, intellectual property, and innovation to be “unreasonable or discriminatory and burden or restrict U.S. commerce”. Hence, the U.S. has proposed an additional duty of 25 percent on a list of 1300 products totaling approximately $50 billion from China.

In contrast, Beijing has been firm but cautious in its response to the U.S. measures. China responded to the steel and aluminum tariffs with a proposal for a retaliatory tariff on 128 American goods, amounting a mere $3 billion (China-U.S. trade amounts to over $150 billion annually). Most sensitive American export products were not included on the list, most notably soybeans and aircraft. When the U.S. announced the second set of tariff hikes on an extra $50 billion of Chinese goods just days later, Beijing matched the U.S. move with its own tariffs on $50 billion worth of American goods, and this time they included all of the sensitive products.

President Trump threatened to punish this retaliation with a third wave of tariffs in the range of $100 billion, but Beijing stayed calm, thus signaling an intent to respond U.S. action with great restraint in not exacerbating the situation. Overall, indeed, Beijing’s response has been measured but firm.

In fact, Beijing is now working on showing that it does play by the rules when Washington does not. China has initiated an action against the U.S. at the WTO for the steel and aluminum tariffs, which it says are safeguards (that is, temporary measures to raise tariff rates in response to a sudden, sharp and unexpected surge in imports) and not ‘national security’ measures. It further alleges the U.S. measures will be applied in a manner not in accordance with the  WTO’s Safeguards Agreement and also, because of the exemptions to a number of countries, violate a core principle of Most Favoured Nation whereby all WTO Members receive equal treatment.

China has a strong case. Even if a WTO panel does not find the American measures to be safeguards, in this case the U.S. is not treating every WTO Member equally. It is also unlikely that the U.S. national security defence will be upheld, given the lack of evidence of a security threat and that the clause is intended to be used in situations of war or threat of war.

It is impossible at this stage to say who might have the final word on this matter, or even if there will be a continued trade war. The large tariff rises are not yet in place and will not come into force for at least another month. This gives each side a chance to step back, reflect and negotiate.

The U.S. threats of a trade war may be enough to get China to the negotiating table. But at this point, the U.S. demands are not clear – they seem to want concessions which would allow for increased automobile imports into China as well as changes to technology transfer and intellectual property rules. In order to get Beijing to the table, not only do the threats have to be credible but China will also want to know just what the U.S. will expect. China will not come to the table if it leaves empty handed. What we see here is a sophisticated game of chicken, a pleasing melodrama to fans of game theory.

What is known, however, is that the political game is changing. The U.S. is turning nationalistic and protectionist, even if it harms itself in the process. China is reversing the usual rhetoric and positioning itself as the god international citizen who plays by the rules… but since the election of Donald Trump maybe that was to be expected.

Connect with our network of trade law experts! Follow Trade Pacts on Twitter (@tradepacts) for the latest trade and investment law updates, and other leading-edge project news. Need advice or assistance? Let us help. Visit www.tradepacts.com – the all-in-one portal to overcoming your trade law obstacles.

Antoine Martin is the Research Lead of The Asia-Pacific Circle as well as a Senior Research Associate at The Chinese University of Hong Kong where he follows global economic governance developments.

Bryan Mercurio is a leading expert on international trade, Professor and Vice Chancellor’s Outstanding Fellow of the Faculty of Law at the Chinese University of Hong Kong, where he specializes in international economic law. 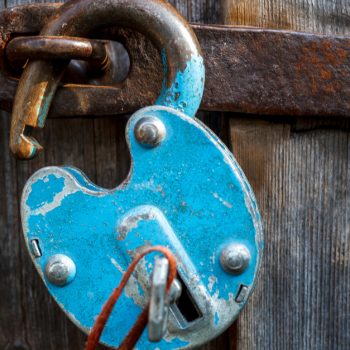